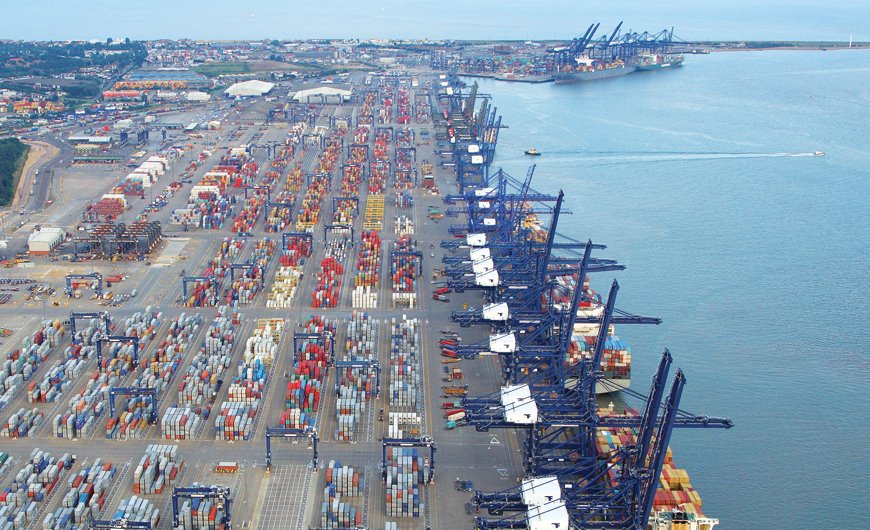 Felixstowe, the UK’s biggest container port, could face another two months of turmoil following the troubled implementation of a new terminal operating system last month, according to one insider.

The source described the situation as “absolute chaos”, with data still having to be manually input, pushing productivity down to around 50%.

“Working the vessels is the biggest problem,” said the source, adding that ships are having to “cut and run, and not even able to load empties”.

He warned that the port could soon have another problem, with the number of empty containers stranded on the quay growing.  One frustrated haulier said the situation at Felixstowe was “a total lottery”.

The end result, said the haulier, was the driver would then finish up in an enormous queue at customer services for a manual correction.

The disruption at Felixstowe has caused several carriers to divert their ships to DP World facilities at London Gateway and Southampton, while others have discharged UK cargo at hub ports on the continent for relay by feeder or main line vessels.

MSC, one of the Hutchison-owned port’s biggest customers, advised that two more vessels would be diverted to London Gateway and Southampton.

It told customers it would “continue to utilise the breadth of our UK port and intermodal network to maintain service levels, and minimise the impact on your bookings”, adding that this would mean selected vessels would be diverted.

The impact from the Felixstowe crisis is not only hitting the supply chain in the UK, but is causing knock-on delays for customers at North European, Scandinavian and Baltic ports, as vessel schedules are seriously disrupted.