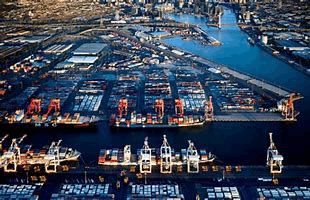 With stevedore infrastructure surcharges more than 40-times higher than they were in 2016, Port of Melbourne is on track to become the most expensive port in the Southern Hemisphere, to the inevitable detriment of the Victorian economy.

When the Victorian government leased the Port of Melbourne in 2016, earning itself a $9.7bn windfall, there was a mixture of hope and skepticism from the transport industry, as a new vision, culture and resource was introduced by the new Lonsdale Consortium owners.

Privatisation challenged old boundaries and a new environment emerged, which the development and growth of the Port could operate from. There was optimism that productivity gains would secure Melbourne’s title of the freight capital of Australia, spurred on by promises from the government that ongoing development of the Port would enhance its reputation as the leading port in Australia.

After three years, and average infrastructure surcharge increases by the three stevedores servicing the Port of 4189% (yes, you read that correctly), it is abundantly clear that this new environment has been to the overall detriment of the landside supply chain, and the road freight operators moving goods to and from the wharf.

With little legal protection, and operating from within a largely monopolistic environment, these freight carriers have been forced to bear the brunt of opportunities that other wharf-related stakeholders have now exploited.

For example, the cost of moving a container by road has changed very little over the past four years – as we all know, low inflation in our generally stagnant economy has restrained growth in wages and other costs.

However, the ancillary costs imposed and increased exponentially by the stevedores have skyrocketed well beyond any reasonable pub test’s level of acceptance.

Timeslot Booking Fees per container have increased threefold from an average of $5.90 in 2016 to $15.76 in 2020. Average annual Vehicle Booking System registration fees charged by Port of Melbourne stevedores have increased four-fold from an average of $44.13 in 2016 to $183.00 in 2020. Vehicle no-show, time-slot and cancellation fees have had similar increases – one stevedore that charged nothing for vehicle cancelations in 2016 will charge $250.00 for this same service in 2020.

Can you think of any other industry where regular doubling and even tripling of charges in such a short period of time are the norm?

But the infrastructure surcharge – or terminal access charge as some are now calling it – is the real source of angst for road freight carriers servicing ports in Melbourne and around Australia.

It was barely on the radar in 2016 when the average surcharge by stevedores servicing the Port of Melbourne was just $3.57. Higher rent, energy and other costs was the main argument they used to justify what can only be classified as serial increases since then – the average infrastructure surcharge at the Port of Melbourne, per container, will be between $98.76 – $121.80 in 2020 – more than 40-times higher.

These charges are generating of millions of dollars a year back to the stevedores, who have been squeezed by other global market forces. They have become the burden of land-based transport operators who provide profits to the stevedores, in return for limited productivity gains. An ACCC Container Monitoring Report released last month showed truck turnaround times at our ports nationally worsened to an average of 29.3 minutes. Currently, the Port of Melbourne has a container truck turnaround time averaging 51.5 minutes per load as sourced from actual carrier data every month.

There is no avenue for appeal and no means of offsetting the cost, with the wharf carrier being left with passing these costs onto their customer and ultimately the consumer.

Managing cash flow, being squeezed off the road by curfews and road access limitations and the unpredictability of the next huge price increase, are a perfect storm for wharf carriers who face an uncertain future. Productivity and efficiency are the last priorities by those that impose additional costs. There are no controls or predictability of the consistent grab by these stakeholders to continue to use wharf carriers as their margin collectors.

So, what’s next? The Victorian government will soon announce its plans for the Port Rail Shuttle and we all anxiously await the outcome of the Port Pricing Access and Review. The Port of Melbourne has released its 30-year Port Development Strategy which defines how the shape of the infrastructure will change and is open to consultation.

The most predictable outcome if a pricing regime that permits rampant increases without any meaningful productivity improvements for operators continues is that the Port of Melbourne will become the most expensive port to work at in the southern hemisphere.

This is a badge none of us will wear with honour.

These costs will be passed on to the consumer. There will be significant increases in shops and retail outlets. Eventually, it is the people of Victoria that will have to pay for the inefficiencies of the supply chain.

The Victorian Transport Association has produced a Landside Improvement Strategy that addresses these issues with common-sense recommendations and solutions. Some of the more than twelve issues covered include Fees and Penalties, Vessel “bunching” and Local Access.

The strategy has been developed to ensure that all landside port-related stakeholders are dealt with fairly and openly.

While it is being considered by the government it delivers on ensuring that the Port of Melbourne grows in its productivity and efficiency and that the wharf carrier sector is not taken advantage of in the future. The Victorian Transport Association continues to represent freight operators and listens to its members for direction and advocacy.