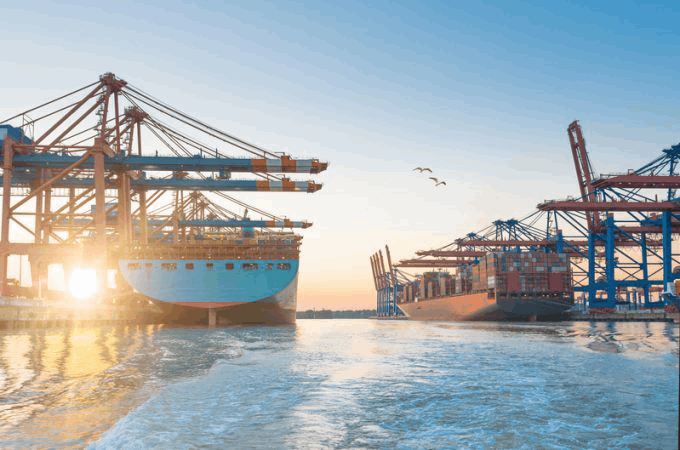 However, rates from Asia to the US increased again.

The modest softening of rates were no doubt a consideration in the 2M’s last-minute cancellation of the sailing of the 19,224 teu MSC Erica to North Europe this week.

Nevertheless, the current spot rates for North Europe and the Mediterranean are, respectively, an astonishing 400% and 325% higher than a year ago.

By then, ocean carriers had withdrawn up to a third of their capacity on the main east-west routes in response to Covid-related factpory shutdowns in China.

Despite the aggressive blank sailing programmes introduced by carriers in the early part of last year, vessel utilisation levels 12 months ago had sunk to around 70% for Europe and about 60% for the US, exerting severe downward pressure on rates.

But a year on, the outlook for carriers could not be more contrasting, as lines prepare to roll out peak season surcharges (PSSs), some four months earlier than normal. Indeed, Hapag-Lloyd advised yesterday it would implement a PSS of $875 per teu between Asia and North Europe from 1 March.

The early introduction of a PSS on the trade is further evidence of the confidence that carriers have on their booking visibility into the second quarter. A UK-based NVOCC told The Loadstar this week his short-term rate offer from one carrier had “more than quadrupled” since the end of last year.

“How can they possibly justify this sort of increase?” he asked.

“In fairness to the rep, he didn’t even try, but just shrugged his shoulders and suggested he could try to improve the offer if we would commit to a 12-month volume deal.”

The NVOCC will certainly still have to pay a high price for a longer-term deal, according to ocean freight benchmarking platform Xeneta. CEO Patrik Berglund said this week that long-term contract rates were being “blown out of the water” by the favourable market conditions for carriers.

“The operators have succeeded in maintaining all-time high spot rates, and this gives them ammunition for negotiating favourable long-term contracts,” he said.

Meanwhile, on the transpacific, container spot rates are climbing again – unfortunate timing, as the new annual contract tender season gets under way in the US.

“US demand for ocean freight imports continues to keep the crucial ports of Los Angeles and Long Beach overwhelmed,” said Freightos research lead Judah Levine, noting that LA’s executive director, Gene Seroka, had estimated that the backlog of ships at anchor would take a month to clear.

“This non-stop demand is pushing rates to the US up at a time when they would normally be starting to fall,” said Mr Levine.

Notwithstanding the fleet of ships idled in the San Pedro Bay awaiting a berth, the inbound flow of containers driven by record-breaking consumer demand is unrelenting. According to the port of Los Angeles Signal data, 189,950 teu is stemmed to arrive next week, up 267% on the same week of a year ago – albeit that the previous year was impacted by the manufacturing slowdown in China.